Necks and Concussions: An Under Explored Relationship

Is it really a concussion?

A study from 2014, and many after, highlighted that neck injuries exhibit symptoms that mimic those that often follow concussions, making it difficult to diagnose the true root of the problem. The study found that many patients had been told they had sustained a concussion and dealt with the symptoms for months because they were trying to address it through typical concussion therapy approaches, when in reality they had actually suffered a neck injury instead of a concussion or in addition to a concussion. This highlights the need for an early assessment of the neck’s involvement in someone’s injury, so that they can seek proper care and address their pain accurately.

Current evidence-based concussion protocols allot 13 days before encouraging the neck to be assessed as a possible contributing factor to concussion symptoms. In order to decipher whether the individual is suffering from a physiologic concussion or if there are other possible causes to their cognitive symptoms, such as their neck, it is important to introduce other tests that could help delineate the true source of pain.

Is it their Neck or Head?

A few years back there was a high school student who was falling behind his peers because of a concussion. 6 months into post-concussion syndrome, he had tried every test and treatment under the sun to help find relief from his head pain, however; he found no success. He was unable to take his driver’s test, his grades began to slip, and he was discouraged.

After months of struggle, he was able to be seen by a new health care professional. Within moments of this appointment, the physiotherapist noticed that the high school student couldn’t move his head. The physiotherapist knew right then and there that this wasn’t just a concussion; a lot of his symptoms were stemming from his neck. The student underwent a few physiotherapy appointments and experienced complete resolution of his symptoms. Many of his other health care professionals were convinced that he was lying about his symptoms being alleviated. Their disbelief is stemmed from the fact that the neck is often overlooked when considering symptom sources for individuals with concussion-like symptoms. The physiotherapist had the high school student undergo a multitude of tests that an individual with a concussion would normally test positive on, and the student passed with flying colors, proving the resolution of his symptoms.

The unnamed physiotherapist helping this high school student was Dr. Paul Ullucci, Jr., PT, DPT, PhD, ATC, SCS, CSCS. After working with this teen, Paul knew that others were also suffering from the same struggle of finding no therapeutic solution for their “concussions”. Paul felt as though he was on to something. At the time there had been some literature supporting the neck’s involvement in concussions, but Paul knew that the neck’s mobility needed to be further assessed for concussion patients.

From this moment on, Paul was invested. He knew there should be a better solution for kids who are suffering from a concussion and who were missing out of activities for weeks or even months on end. He wanted to get them back to school sooner and have them return to activities that don’t exasperate their symptoms.

Paul wanted to dive deeper into the neck’s ability to hinder concussion recovery processes, so in collaboration with the Southcoast Hospital system, he launched a study. The study involves utilizing a neck mobility assessment on individuals with concussions, those experiencing vertigo, and those experiencing dizziness. Once individuals have been marked as having issues with their neck mobility, they then undergo some therapy, and their progress is monitored.

Paul and his Colleague Sandra Gibson, PT, DPT are working on publishing a case study of a success story seen through his study.

“70-year-old man presenting with concussion symptoms. Individual was thought to have Benign Paroxysmal Positional Vertigo (BPPV), which is a problem with the inner ear that causes vertigo and a false sensation of spinning or movement. Individual was then assessed for neck mobility and was a candidate for neck therapy. Individual underwent 4 visits of manual therapy for his neck and experienced complete symptom resolution. Individual had actually suffered a neck injury rather than BPPV, thus proven by the success of addressing his neck to alleviate his dizziness and loss of balance.”

The ongoing study has been showing promising results as Paul mentions that there have been many other individuals experiencing similar positive outcomes following therapy. Paul plans to speak upon these results within next week’s Webinar Wednesday, as he is our feature speaker!

That is exactly what Paul said when speaking about how a range of healthcare professionals can easily learn and complete the neck mobility assessment, as well as the therapy that follows. Paul mentions that the treatment is straightforward and that any graduate physiotherapy student should have the skill set to complete the assessment as well. The assessment and treatment are universal, so any clinically skilled professional should be able to provide this care and provide some relief for many individuals with concussions or neck injuries. Have we spiked your interest? We hope so! On February 16th Paul Ullucci Jr, will be speaking about his study and about the tight knit relationship between the brain and neck. Be sure to join us, so you can learn more.

Register for our webinar here.

Participating in the Study Being Performed by Johnson & Wales University Researchers

Are you in the Providence, Rhode Island area? Have you been diagnosed with; headache, dizziness, migraines, vertigo, concussion, or post-concussion syndrome? Paul's study could be for you. Check out this flyer for more information! 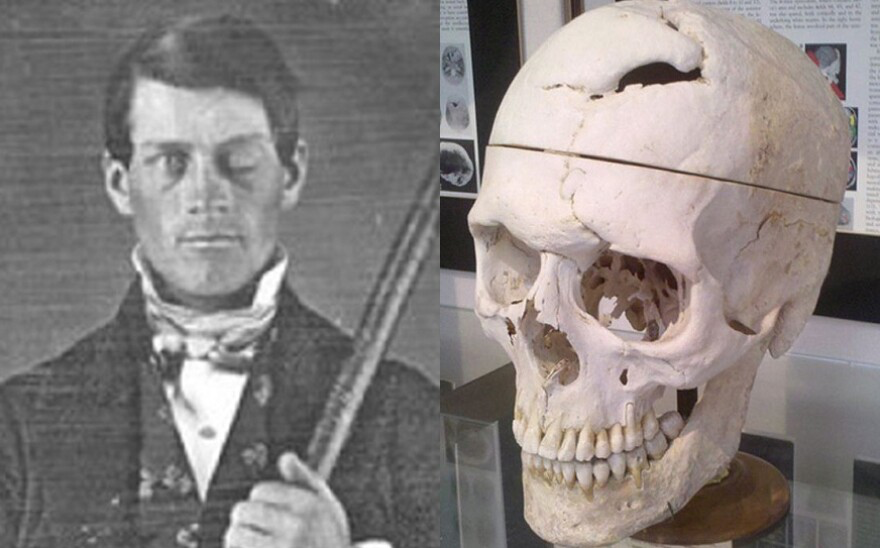