When Tua Tagovailoa went down on TNF, everyone was thinking the same thing. 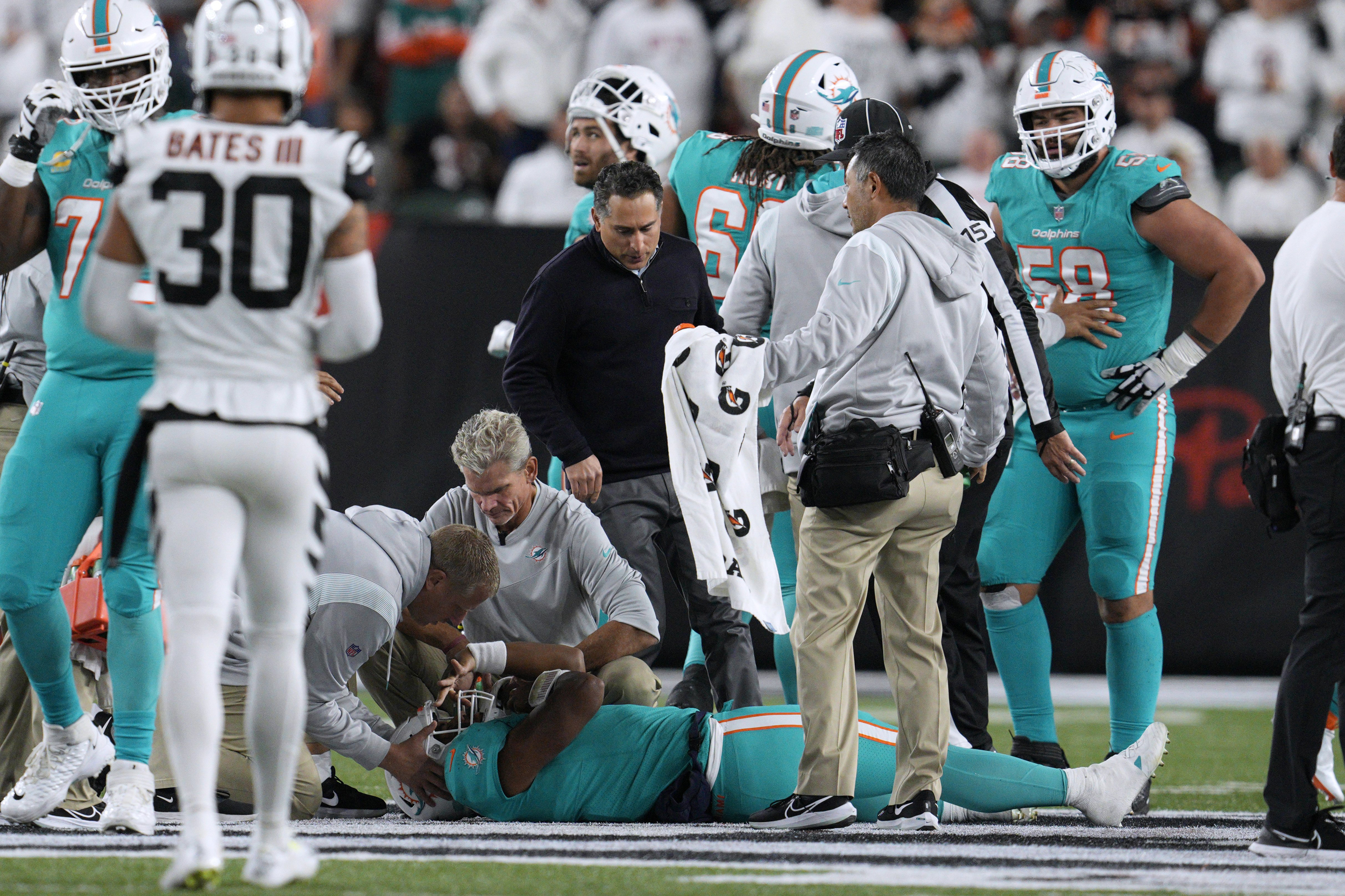 This was preventable. A week earlier, Tua was shoved to the ground by Bills linebacker Matt Milano. He clearly grabbed his head before stumbling off the field, then finished the half on the sideline, cleared concussion protocol, and came back out to play the rest of the game.

Speculation over Tua's week 3 "back injury" was rampant, but it wasn't until 4 days later that fears of a serious TBI set in. In this post, we're going to discuss how the failure of concussion protocol could have led to a traumatic brain injury for Tua.

The NFL is no stranger to concussion controversy, but keep reading and see how this latest injury might change everything. What Is a TBI?

Simply put, a traumatic brain injury (TBI) happens when a sudden trauma - anything from a helmet-to-helmet hit to a rough fall to the turf - causes damage to the brain. In Tua's case, both of his concussions occurred when he was violently thrown to the turf, and his head bounced off the ground.

TBI symptoms can range from completely mild to severe. After the first concussion, he grabbed his head and stumbled to the sidelines, showing a mild lack of coordination and dizziness. After the second one, he displayed a "fencing response", which is an involuntary flexing of the fingers and arms. 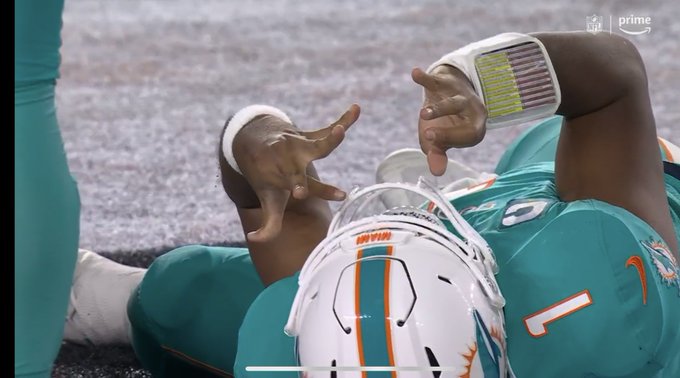 There are NFL protocols in place that are meant to prevent players from continuing on the field after a TBI. These protocols clearly failed Tua Tagovailoa after his initial brain injury and set the stage for the second one.

How the NFL's Concussion Protocol Failed

After an independent investigation by the NFL, it was found that the Dolphins' medical staff properly followed the NFL concussion protocol. Knowing this, it's obvious that there are issues with the protocol itself. 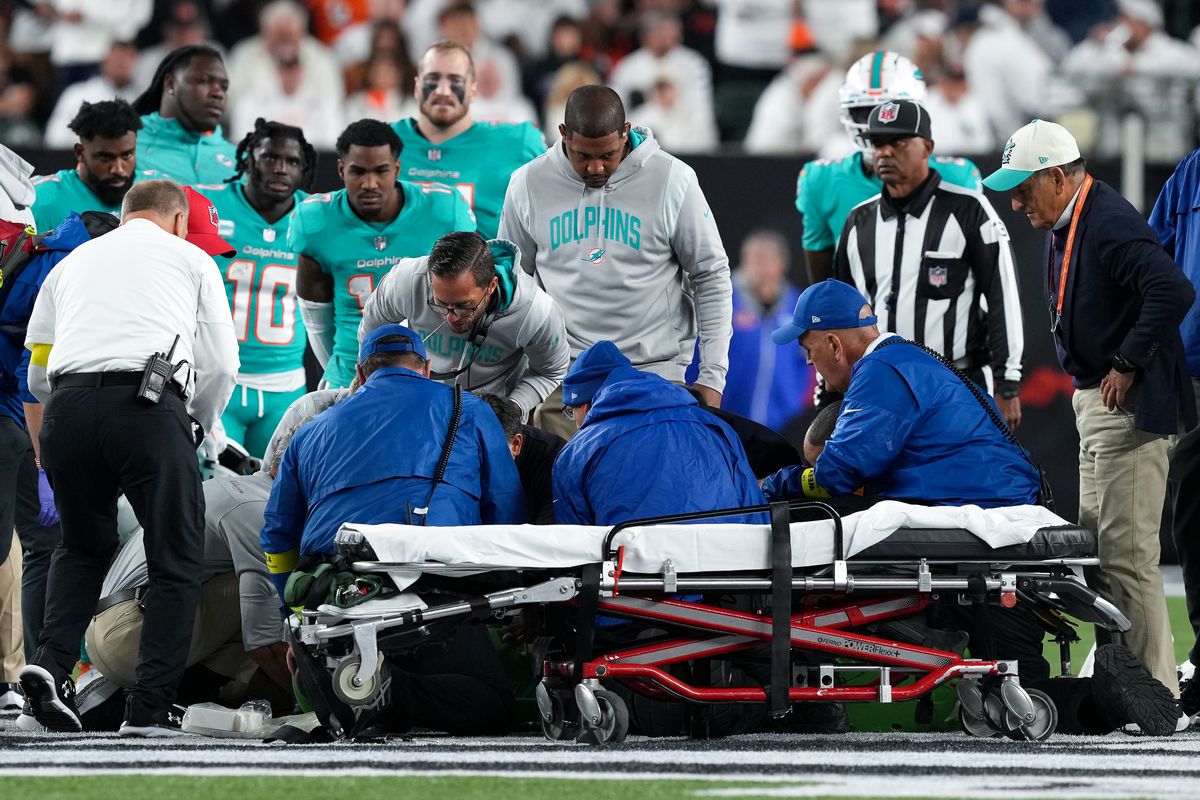 The way that it works is if the medical staff see a player hit on the head, they initiate the concussion protocols. The first step is to observe the player for serious signs of concussion or post-concussion syndrome (PCS) - amnesia, gross motor instability, and confusion.

If they pass this, they move on to the exam. They'll evaluate the player's speech, observe their gait, and look at eye movement. After these and a cervical spine exam, a player will be either deemed fit to play or not.

The failure of the protocol occurs in the subjectivity. At the end of the day, it's a judgment call by a medical professional on the sideline of a football game.

Unfortunately, this issue still dominates the NFL, a sport that has seen an inordinate number of retirees fall victim to CTE, ALS, and other severe forms of TBI. The league has vowed to make changes to the protocol, but it's a violent game with terrifying consequences for the players.

If you or someone you know has sustained concussions or other TBIs, then you understand how overwhelming the symptoms can become.

The robust data collection approach includes various varying symptoms for our users to track. If you've been injured playing football, using Sallie® for your TBIs can lead to a better recovery. We have stressed that patient participation in a clinical trial is crucial to any trial’s success,...

Vision Problems With a TBI Is a Common Occurrence: Here’s What to Do

Many people aren't aware that, according to the CDC, vision problems aren't uncommon after...

Understanding Post-concussion Syndrome and What To Do About It

Post-concussion syndrome (PCS) is something that you need to keep an eye on. These are the types of...